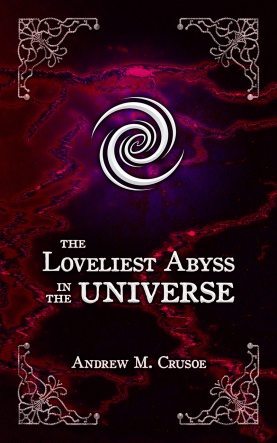 Book Description: “When the sacred Order of Nirangi opens a portal into a hellish realm, Sujan’s life will never be the same.

The portal, created by a bizarre, ringed machine that tears fissures into the fabric of spacetime itself, shows the Nirangi scientists a glimpse into a realm covered in roiling lava lakes and gushing volcanos, leaving them petrified and humbled. Afterward, Madam Viragat, the overseer of the project, is bent on using their recording of the glimpse to scare the populous into submission. Despite incomplete data, she insists that the hellish realm they saw was the spiritual abyss, the true fate of the unsanctified after death.

Only Sujan, a brilliant young scientist, is willing to investigate further, making a shocking discovery. Now he must choose. Will he succumb to Madam Viragat’s authority and support her version of the facts? Or will he stand up for the truth, putting his personal safety in jeopardy?”

First Line: A low hum oozed through the unlit passages, flowing throughout a dizzying labyrinth of underground tunnels that the world above could never have imagined.

My Take: This novelette was provided to me by the author for review.

At around 11,000 words, a novelette is in many ways more difficult to write than a novel. In a short span of time the author has to grab the reader’s attention, build a world (or in this case, a universe), introduce the main characters and their motivations, and go through the paces of a compelling plot. Every word has to count…and in this example the author makes it look easy.

We’re taken to the Aravinda galaxy where the Nirangi have made an amazing discovery. Depending on how it is used, it will have wide spread ramifications on their world, their people and their culture.

The story grapples with some big themes between science and religion. It posits the question as to whether truth is not merely of societal importance but a moral obligation. And if that is the case, is one then compelled to speak when a lie is uncovered? A poignant scene reminiscent of Galileo standing before the Catholic Church brings this idea to a head. As the story points out, courage is not standing up for something when it costs nothing. Courage is standing up for something knowing there will be great, personal consequences, and still finding truth worth more than safety and acceptance. No slouching here, this novelette does the genre proud!

The Magical: An intermingling of the philosophies of science and religion, courage and truth, woven together in a science-fiction universe. Artfully done.

The Mundane: There were a couple of head-hopping spots (starting from one person’s perspective, jumping to another’s within the same section) that caused some momentary confusion.

Summary of Thoughts: I thoroughly enjoyed this one. The story gets going quickly and puts forth big questions for the reader to ponder without pushing a specific opinion. I really appreciate it when an author lets me get there on my own, a subtle but complex part of the craft.

This novelette is currently $0.99 on the Kindle until May 5 (with a free preview of the book “The Truth Beyond the Sky” at the end). Definitely a recommended read!

Many thanks to author Andrew M. Crusoe for providing a copy to review.

To find out more about the author, check out his website at the Aravinda Loop

2 thoughts on “The Loveliest Abyss in the Universe”