Okay, so you’ve finished the final draft of your book and are now staring down the expenses of getting an editor, a book cover, formatting costs, an ISBN and a potential marketing bill…Now what? While it would be nice if we could effectively break into this self-publishing thing with just a ponytail and a dream, it does require some investment. Time, obviously, but also dollars. If you’re like me and the dollars are short (well, time is too, but that’s another story), it’ll take a little creativity to come up with the rest. The alternative is to annoy the holy hell out people by asking for money while offering nothing in return, and that never works out well. 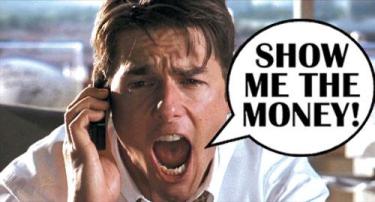 Crowdfunding is one such avenue to get your project where it needs to go. For better illustration I’ll use an active campaign that’s going on right now by writer/poet Bonnie Jo Stufflebeam. She is currently fundraising through Kickstarter for an album of fiction read by actors and accompanied by original compositions performed by professional musicians. Married to a composer, this is a collaborative project between them. The title of the album is “Strange Monsters”, and the theme revolves around women’s voices. 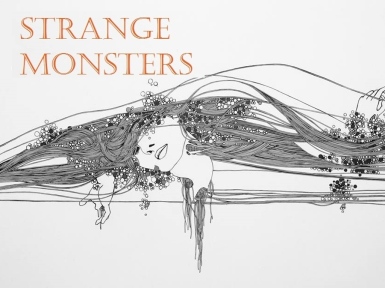 First, every campaign needs a video. For those shrinking violets out there I’m sure this sounds like a nightmare come true but summon your courage and don’t worry. People are interested in your project and just want a more personal look at who they’re pledging their money to. Don’t let a little video scare you off. You don’t need to be Spielberg to get this done. Most are people speaking directly into the camera about their project.

Aside from the video, you’ll need a compelling write up. For Kickstarter, this appears below your video. Be sure to keep your paragraphs short and to the point, maybe throw in a bit of humor and humility. People like that. Bonnie’s write up includes pictures as well. Always a good idea to break up block type with some visuals. It also offers a free listen to one of the tracks of the project album. Click here to check it out!

2. Know how much you’ll need

Before you launch this lovely appeal, you’ll need to estimate with some accuracy how much you’ll need for your project. This is essential so your contributors know you’ll be organized with the money they give and can be assured the project will succeed.

Bonnie does a great job of this by illustrating exactly where the money will go:

In that sum you’ll need to add the cost of running your crowdfunding campaign, so be sure to assess those expenses and pad your total $$$ goal. Aside from Kickstarter fees, what are these crowdfunding costs, you ask?

Family and friends will usually chip in to your campaign but you’ll need more to catch the interest of others outside your immediate circle. Incentives are the carrot of crowdfunding. These can really take any form but should be something people would actually want, from as little as a personalized thank you note/email, to an ebook or a signed paper copy of the book. Sending these out to contributors will require money in printing and shipping costs so be sure to factor that in. Be realistic about your incentives as well. You don’t want them to eat into the actual funds you need for the project.

Bonnie’s campaign has some great incentives at various contribution levels, along with an estimated delivery date (always important!). Depending on the pledge level, some of her incentives include MP3s, signed sheet music, recording time in their studio, photo book/story companion, contributor name listed on the website, etc.

If you use Kickstarter as the crowdfunding platform, you have to reach at least 100% of your goal amount to get any of the pledges. In other words, if you don’t get 100% of your goal by your deadline, then you get nothing, so it’s important to know your specific amount needed.

Here are a couple of good knowledge articles for Kickstarter:

And here is an article about crowdfunding in general including other platforms (Indiegogo, Crowdfunder, Flattr) that don’t require that 100% goal attainment. They’ll give you whatever was pledged regardless of if you make it or not, however they don’t have the same reach as Kickstarter, but their network is still wide:

For those familiar with crowdfunding, they recommend being prepared to commit a lot of time and effort to it while it’s running. With 12 days to go on her Kickstarter campaign, Bonnie can vouch for this wisdom:

“Having had one successful smaller Kickstarter previously, I knew what to expect, sort of, when putting together the Kickstarter for my collaborative fiction-music album Strange Monsters. I knew that you need a video, no matter what. I knew that the pledges would come mostly at the beginning and the end of the project. I knew all the things Kickstarter tells you: that you’ll have to rely on friends and family to get things started, that you should have stretch goals, that you should vary your message and ask people directly to donate money. Having just secured a job as Marketing Manager for a small press, I also thought I knew how to market the Kickstarter to get people interested. Trial and error has become a close friend.

What I didn’t realize was just how much work running a larger Kickstarter was going to be. Since launch 15 days ago, I’ve been spending nearly every waking minute sending out emails, engaging people on Twitter and Facebook. And while it’s wonderful to see so many people sharing the project on Facebook and Twitter—it really makes me feel supported—the best results have come from asking people directly, through email or a message on Facebook, to donate even just $1. (The more backers you have, the better your project looks, and a lot of people can spare $1.) I also received an upsurge in donations when I unveiled several new rewards, so it might be a good idea to hold back one-two rewards to offer mid-campaign.

I’m still learning, of course. And the campaign isn’t over yet! I imagine I’ll learn a few things more in those final days and hours.”

Many thanks to Bonnie Jo Stufflebeam for being the crowdfunding guinea pig for this post! Be sure to check out her amazing project, “Strange Monsters”, on Kickstarter, an album blending fiction and music. And if you’re able, send some dollars her way. As all of us know, it’s a creative community we’re in and sometimes you just need a little boost to achieve your dreams.