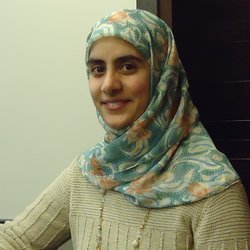 Below are my questions in italics and Intisar’s complete answers beneath them.

Can you tell us a little about yourself? Have you always wanted to be a writer?

Pretty much. I’ve been writing stories since I was four years old, stapling my books together. However, I didn’t take it seriously until I decided to step back from my career in public health (I was working on issues of infant mortality and supporting some general community health endeavors in Cincinnati). My family was growing, and I wanted to give my children extra time while they were still small, so I figured it was the perfect time to kick off a serious writing career. (I may have been a bit optimistic on what being a stay at home mom entails.) I have loved being a mom, and we are embarking on a homeschool adventure in the next year, which means my writing career starts when my kids go to bed. I love it, but I do wish I’d gotten serious like this, oh, back when I was a teenager. 😉

Do you write in any other genres outside of Fantasy?

I have written some steampunk with fantasy elements, as well as dystopian sci-fi, but neither have been published yet. I do think I’ll dabble about a bit as I continue writing, but I expect fantasy will always be a staple for me.

As a mother of small children, what do you do to fit in the time to write, especially when a solution or an idea strikes you when can’t sit at your computer?

I do 90% of my writing at night. Now that my kids are old enough to take a few classes away from home, I race to the nearest library branch to write. That daytime writing time is precious–it’s amazing how much more I can get done when I’m fresh! It’s rare that an idea strikes me that I can’t hold onto until I get to a computer–but if I just had an awesome thought, I do the old pen-and-scrap-of-paper approach. Even a few scribbled words are usually enough to get me going again after the kids are in bed.

The protagonists in your stories face many challenges. Can you speak to what themes you include in their internal struggles? Are these themes defined throughout the writing process, or ones that you have in mind at the beginning?

Ha! Yes, there are a lot of themes in my writing, but my writing does best when I allow them to develop organically. For example, Sunbolt has themes of loyalty, betrayal, and abandonment, and it also delves into issues of race and colonization. I had no idea what I was writing when I started. When I handed the first draft to my writing circle, I literally asked them, “What do you think this story is actually about?” I was over the moon when one of them responded, “Colonization of the mind.” It was there, I just didn’t see it. I did see some of the rest, but I wasn’t writing those themes, I was writing the story. Revision is where I begin to cultivate the themes inherent in the story, developing them so that they’re there for the reader who wants them.

I loved the way you integrated magic in your story The Bone Knife. It came through as a talent that the character almost unconsciously wove into her daily activities. Tell us a bit about your perception and treatment of magic as an element in fantasy books.

Magic is an interesting element to work with because there are so many ways to deal with it. I’ve found that I most enjoy books where magic has a cost. Not to say that I didn’t love Harry Potter, but the magic didn’t really seem to take anything out of the characters–which made you wonder what was holding back 200 other Voldemorts from rising up. Magic also needs to follow its own laws, rather like physics. It has to make sense within its own contexts–even “wild” magic books usually have something you can depend on about how that works. And it can’t be able to do everything for the character. I dislike books where the magic is the answer instead of the characters themselves–it should be the tool, not the solution itself.

So I clearly have some set ideas about what I like (and these are all opinions! I mean no disrespect to anyone who feels or writes differently.). But I also like to play with how magic works, make up new rules, try out different ways to use magic. In The Bone Knife, the magic-working character can’t do major spells because she’s hiding her talent…so she does a continuous outpouring of minor spells to use up the magic within her until she’s created a home where you can eat, sleep, and breath magic. This need to maintain balance, and the danger of creating such a home, is what blows her cover in the story–and makes for a fun magic system.

What prompted you to be an indie author rather than going the traditional publishing route?

I spent two years looking for an agent for my debut, a fairy-tale retelling titled, “Thorn.” Then my husband e-mailed me an article about indie publishing and the success of Amanda Hocking, and I went, hmm. I just want to share my story, and this seems a lot more likely than finding an agent. I have loved being an indie author, and haven’t looked back since!

If you could go back to when you first started publishing, what advice would you give yourself?

There are a few bits of advice I’d give myself, but then I consider that I was eight months pregnant and it really was ideal to publish before the baby was born, and all I can say is, well, you do what you can. If I’d had a longer timeline to work with, I would have made sure I didn’t settle for a cover I didn’t like, I would have done a better job developing my website and domain name, I would have tried to find and connect to supportive author communities online to help me make my release a bigger success. But sometimes you can’t do all that, and that’s okay. Sometimes, you take things one step at a time, and it’s much better than no steps at all.

Who are some of your favorite authors? Any indies?

Recently, I’ve been enjoying the works of W.R. Gingell, Andrea K. Host, and Rabia Gale. There are so many awesome authors out there, but these three are definitely high on my list of indie authors.

It’s just getting started! Gale, Gingell and I banded together to start sharing our favorite fantasy reads along with mini-reviews on Pinterest. It’s been cool, as I also got to introduce my two fellow authors to each other, and now I get to find out about the books that are making their day. If you’re interested, you can check out the board here: https://www.pinterest.com/rabiagale/bookwyrms/

What are you working on now? (Please say the follow up novel to The Bone Knife!)

I don’t know! I actually just finished final edits for “Memories of Ash,” the sequel to “Sunbolt.” I get my files back from the proofreader early next week, and by the end of April I should hopefully be all squared away with it. I have some scenes floating around in my head from the next book, but Rae (from “The Bone Knife”) has also been talking to me. So… I suspect I’ll jot down the scenes I’m thinking of and then pick up Rae’s story. I do best when I can flip between stories I’m working on whenever I finish a draft, to give myself space from the story, so I expect the next year will see both of these stories get written / edited. But I can’t say which will be ready first. 🙂

Thanks so much for the interview, Anela!

Thank you for taking the time to be interviewed on Amid the Imaginary!
Want to know more about this author and her work? Explore her website here
Her upcoming release, Memories of Ash (The Sunbolt Chronicles, Book Two), is coming May 30th! You can pre-order it right on Amazon for $0.99. Get it now before the price goes up at release!

Haven’t read the first book, Sunbolt? You’re in luck! It’s ON SALE for $0.99 on Amazon, Barnes & Noble, Kobo, and Apple! This could also change when book two comes out, so go get it! I’ll be reviewing it here on the blog very soon (Spoiler: Read it in a single day. Could NOT put it down. Huge book hangover)

The winding streets and narrow alleys of Karolene hide many secrets, and Hitomi is one of them. Orphaned at a young age, Hitomi has learned to hide her magical aptitude and who her parents really were. Most of all, she must conceal her role in the Shadow League, an underground movement working to undermine the powerful and corrupt Arch Mage Wilhelm Blackflame.

When the League gets word that Blackflame intends to detain—and execute—a leading political family, Hitomi volunteers to help the family escape. But there are more secrets at play than Hitomi’s, and much worse fates than execution. When Hitomi finds herself captured along with her charges, it will take everything she can summon to escape with her life.

Intisar Khanani grew up a nomad and world traveler. Born in Wisconsin, she has lived in five different states as well as in Jeddah on the coast of the Red Sea. She first remembers seeing snow on a wintry street in Zurich, Switzerland, and vaguely recollects having breakfast with the orangutans at the Singapore Zoo when she was five. She currently resides in Cincinnati, Ohio, with her husband and two young daughters.

Until recently, Intisar wrote grants and developed projects to address community health with the Cincinnati Health Department, which was as close as she could get to saving the world. Now she focuses her time on her two passions: raising her family and writing fantasy.  Intisar’s current projects include a companion trilogy to her debut, a fairytale retelling titled Thorn. The trilogy follows the heroine introduced in her free short story The Bone Knife. She is also working to complete The Sunbolt Chronicles, an epic series following a street thief with a propensity to play hero when people need saving, and her nemesis, a dark mage intent on taking over the Eleven Kingdoms.