The blog has been busy of late with giveaways and writing contests. I’ve been remiss in updating you on who won and what’s going on, for which I beg forgiveness. All I can say is I’ve had some version of the plague (okay, a bad cold/flu but it sucked) and my husband’s best friend is staying with us on a visit. By the way, any time you get more than one Dutchman in a house, particularly these two since they’re practically brothers, silly, Gouda eating shenanigans ensues–none of which I mind, though between this and being sick, time on the computer has been limited. On a side note, Dutch people are the best house guests you can ever have. They’re so courteous and helpful, and when I had to get something out of the guest room closet, I found the windows open to let in fresh air, the bed made, the suitcase squared away, and his bath towel hanging up to dry. Impressive. Anyway, if you have to have house guests, I recommend the Dutch.

Congratulations to Leslie who won the Kindle Fire Giveaway which included a Kindle Fire and the first two books from my Insurrection series!! Leslie chose the tangerine version. I’m now regretting I took plain old black for mine, but c’est la vie.

Congratulations to Aria E. Maher whose story “Pearls” won the Micro Fiction Writing Contest! Her story will be published in the newsletter coming out next month and on the blog sometime this fall. She also has her debut novel coming out in October titled “Behind Her Mask was Death”. For more on that, check out her website here. 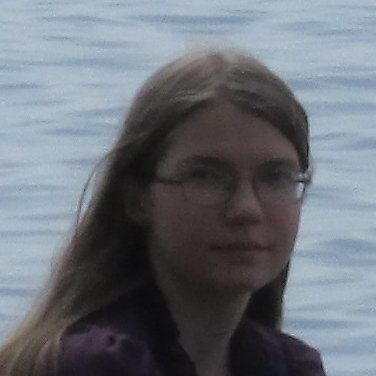 AN UPDATE ON INSURRECTION

I’ve gotten a couple of inquiries as to when the next installment of Insurrection is coming out. Never fear! I’m currently in final edits of Assassin and release is on schedule for the end of September. This novelette is chubbier than the previous installments and is heading into more “novella” territory but I’m rolling with it. At first I tried to keep it to the correct length for a novelette, but then thought “F*k it, the story has to be as long as it has to be.” This being the fourth installment of the series, there are a lot of reveals, twists, and space action and adventure soooo…

For those following along with the series and wanting a look at what to expect from book four, the book description is up on the blog if you’d like a sneak peek. Click here to see it.

Now that I’ve got all of that out of the way, you might be wondering what particular aspect of Sci-Fi I’m in need of snarking about. Well, the story begins thus: My husband and I decided to see the newest Star Trek movie, Star Trek: Beyond. I had my concerns after seeing the preview, but remained hopeful, figuring they did a lot of one-liners and blow-it-up action scenes to entice people to go see it. Good marketing, right? So, we bought our tickets, arranged babysitting for our three littles, and hustled out to see the thing.

And it sucked. Friends, I don’t know where to begin with my hate of this movie. I know a lot of people loved it, and if so then the following is probably going to annoy you, but I can’t help but vent on this. For the love of God, J. J. Abrams, Star Trek–and Sci-Fi, in general–is about more than just blowing sh*t up. Not that I mind stuff blowing up but I’d prefer that to happen around an actual plot that makes sense.

A few SPOILERS ahead so if you haven’t seen this garbage–I mean, movie–proceed at your own risk:

The film begins with Kirk pretty much bemoaning the mundane day-to-day life aboard a starship–because, you know, seeking out new life and new civilizations is a really boring job. But wait…isn’t that the same crap they had this character whining about the last TWO MOVIES??

“I don’t know if Starfleet is for me.”

“I don’t think I’m the right guy to captain the Enterprise.”

Can we get a new character arc here or are we just going to keep recycling the old one? And yes, I understand that this is a new timeline and things are different but still, let’s reach for new ground for the main freaking character.

I think that was my main problem with this movie and its predecessors. They keep doing basically the same formula over and over again. No unexpected twists, no new angles, just the same thing: Kirk is a reluctant leader. Gets pushed into doing something dangerous but heroic. Betrayal! Big Bad shows up. Enterprise gets destroyed (I’ve lost all shock value from that at this point). Scrappy crew has to work together while bickering and providing the occasional smart-ass remark (Literally, the only entertaining part of these movies. Please keep whoever is writing the jokes.).

At the 75-80% mark, the motivation of the antagonist still isn’t clear. If he’s just evil, then say so, but NO, they want it to seem semi-noble/misguided or something, and it always comes off as half a loaf and unrealistic. You know, I always said I’d go see even a bad movie if Idris Elba was in it. I can now say that I have. It’s a sad day when I feel that the character an actor played as a cartoon animal is more interesting than the human antagonist they starred as in a huge Hollywood production.

Some of you might be wondering, why all the jumping up and down? It’s just a movie. You’re right, it is, but this is Star Trek. If you’re a Sci-Fi fan, you know how important the Star Trek franchise is to the genre. It just seemed utterly abused in these recent adaptations, as if they’re slapping on a label to get people to come see it without any thought to quality storytelling, and in my mind, you don’t do that to Star Trek.

Now, I’m not one who has ever shown up in costume at a convention or had posters of the show up on my walls, but I grew up watching The Next Generation series (as well as having seen all the other Star Trek movies and shows). It taught me that Science-Fiction is not just a platform for awesome space adventures and cool tech, but also has the capacity to have us examine our own humanity and ponder mankind’s future in the context of a greater destiny. There sure as hell wasn’t any of that in the movie we went to see.

Are you a Star Trek fan? Have you seen this latest movie? What did you think?