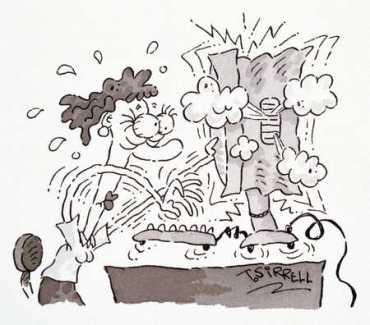 Another NaNoWriMo came to a close and as a participant I think I’ve almost recovered from 30 days of frazzling intensity that comes with using every spare minute of life toward reaching the 50,000 word goal. The good news? I MADE IT!! Yes, it came down to the very last day. And yeah, my count was 50,003 words, but it counts baby! This is the first time I’ve won so there was a lot of fist pumping and I might have done a victory lap around the room…followed by tripping over one of the thousands of Hot Wheels my boys have parked around the house, followed by graceless hopping and cursing under my breath. Motherhood keeps one humble.

I’d mentioned before that I used NaNo to move forward on three separate projects I’m working on. Last year I dedicated it to a single project so maybe the trick is to have multiple WIPs, kind of like dipping sauces in an eating contest so you don’t burn out on one flavor.

Ahem, anyway, when the NaNo dust settled the 50,003 word allocation broke down thus:

Martyr (Insurrection Book Five): 12,335 (Like book four, this one is shaping up to be longer than novelette sized, but it’s the conclusion to the series so I’m fine with that)

Dark Frost (Sundered Kingdoms Book One): 22,450 (added on to the approximately 40,000 words I already had. That glorious first draft is in sight!)

I’m still working on a permanent title for the fantasy romance novella. I have a couple in mind but can’t seem to commit quite yet. I hinted before that this story involves North Sea and ocean mythology and, wow, that lore is chock full of some pretty rad and hair raising creatures. Of the oodles of things I read and researched, only a few will be included in the final version of the novella so as to avoid the ole “look how much I know and now feel the need to teach you about” syndrome that bores and irritates the hell out of readers. Some details I adjusted to put a new twist on the myths but here are a few creatures of that folklore who made the cut:

The Nine Sisters of the Northern Seas

Also known as the billow maidens, these ladies were the nine daughters of the God Aegir and Goddess Ran, the father and mother of the sea. The daughters personified the different aspects of waves. The eldest, Kolga (shown above) makes an appearance in the upcoming story. She is of the arctic ocean, of icebergs and the coldest parts of the seas. Yup, I totally worked with those elements.

These creatures were three ancient sea-daimones who personified the white foam of the sea. Daughters of the sea-deities Phorcys and Ceto and sisters to the gorgons. The graeae took the form of old grey-haired women but I have found them depicted as beautiful as well (as shown above). Yeah, I’m going for the more freakish version of them because, seriously, they share one eye and one tooth, which they take turns using. Grotesque possibilities abound.

And of course, one can’t forget

I decided against mermaids (enough with the seashell bras, already), opting for a merman instead. In general merfolk are not considered the gentle and benign creatures that Disney made them out to be – sorry Ariel. What I read of them made me think more of sirens than anything else, sweetly luring sailors to their deaths and then gnawing on their bones. Rude. Merman tales are harder to find but it appears they aren’t deadly like their female counterpart. There’s a nice windfall for the ladies. 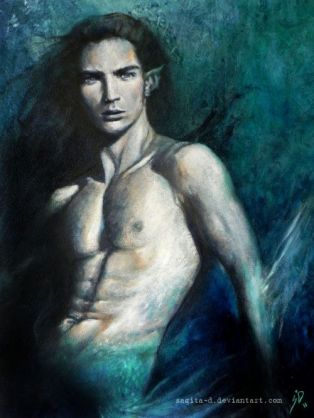 One other thing I’ve noticed is that a lot of underwater mythology has a lusty feel to it, as if the unpredictable nature of the ocean makes it intrinsically wild and wanton. All great elements for a romantic tale, am I right?