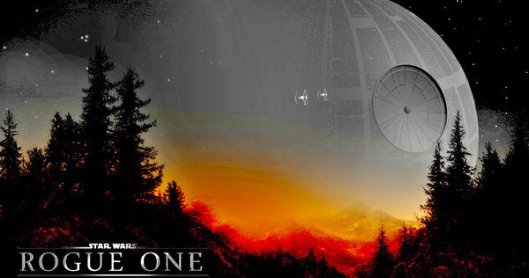 With more than a little trepidation, I ventured out to see the new Star Wars movie, Rogue One. Why was I nervous? Well, in recent years the Star Wars franchise has jerked me around so much with its piss poor plots and shallow, underdeveloped, annoying characters, that they have pretty much destroyed my sense of security in their ability to put out a good story in that universe. I won’t even go into the Star Wars episodes I – III. As far as I’m concerned, those Do. Not. Exist. 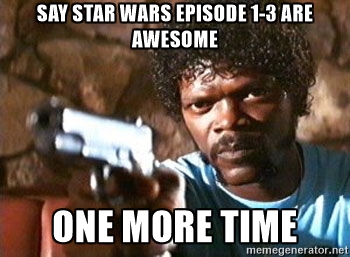 And if the new episode VII (The Force Awakens) is anything to judge by, then the coming movies are headed for the same situation. I realize a lot of people liked it, but I just couldn’t get over the Grand Canyon sized plot holes in it and unbelievable junk that occurred. Seriously, Han Solo just fell back into his smuggler life after EVERYTHING he went through? Seriously, Rey can just access the Force by closing her eyes and concentrating super hard-sies? So much so that she can outmatch a trained Sith Lord? This is a joke right? Not to mention that said Sith Lord doesn’t hold a candle to Darth Vader as far as presence and terror, and good gawd did he have a punch face. I hope they aren’t aiming for him to have a moment of truth and reform his baddie ways–or maybe they will since pretty much the whole plot was a watered down, half-ass version of the original, down to the super weapon (another one???) and family member who went to the dark side and reclusive old Jedi (as if Luke would just cool his heels at some ass end of the galaxy while it all went to crap. The Jedi are made of stronger stuff.). Obviously, my disappointment was a raw, ugly thing. 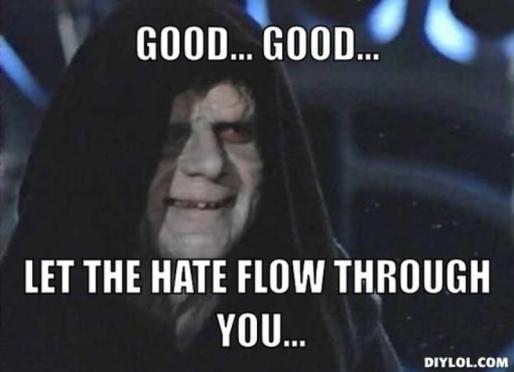 Yeah, it’s hard to recapture the magic of the original trilogy. Everything they did was new, from the no-nonsense, butt kicking Princess who took over her own rescue, to the scrappy smuggler with a heart of gold, to the unprecedented special effects and the cockpit view of the pilots in their fighter wings–anyone else feel the loss every time one of them blew up? If I say Wedge Antilles, Star Wars fans know exactly who I’m talking about and the guy had only a handful of lines. Now that’s good writing. 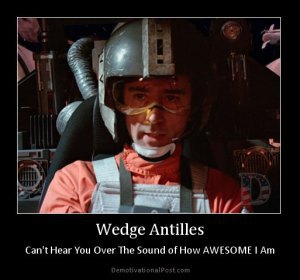 So I went to see Rogue One, nervously. A couple of friends told me it was worth it so I decided to give it a chance, hope in my heart. What did I think? *relieved sigh* It was good. Not amazing, blow me out of the water good, but I really liked it. I liked the main characters. I liked the main thrust of the story and the side characters that went with it. There were some flubby parts, places where I was supposed to feel more invested than I actually did, but some of that is because they just didn’t have time to dedicate to the emotional stuff with all the plot stuff happening. Well, I’m sure Joss Whedon could’ve gotten it done but we can’t have the man oversee everything. I was worried I’d hate the droid side-kick, but he turned out to be fantastic and hilarious. The voice actor delivered his lines perfectly. I had a feeling where things were going to lead in the end and that’s what happened, but they did it really well. In fact, the ending hit all the awesome buttons and synced flawlessly with where A New Hope began.

And I’ve got to talk about this one Darth Vader scene *giddy shudder* that was done so well that you could feel how much the people making this movie loved his character. Whatever Vader was holding back when fighting Luke is absent in one jaw-dropping battle in which you realize the Sith Lord isn’t so much a minion of the dark side as he is a weapon of mass destruction. And trust me, that knowledge is stamped on the faces of the rebels the moment they see him approach. 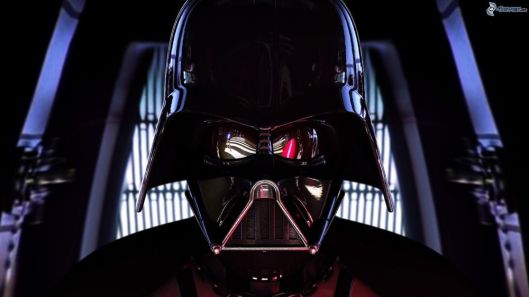 *claps* Well done. Honestly, thank you. That was an epic Star Wars moment worthy of its name.

One of the biggest pros of this Star Wars story is that it’s a self-contained tale. You will not have to wait two years to see the ending. For once, we’ve got a beginning, middle, and end. If you’re like I was and can’t make up your mind as to whether to risk another disappointment, give this one a try. You’ll be glad for it.

Okay, and here’s another one because, you know, I’m exited about it:

Has anyone else seen Rogue One? What did you think?

7 thoughts on “Because, Star Wars”