Well, we’ve arrived again at that time of year when everyone reflects back on the past 365 days, their missed and achieved goals, where they went off track or how they managed not to, etc. etc. etc. As if, unless we tally up the things we’ve done and graded our productivity, we’ve somehow missed the point. Or worse, we run the risk of complete and utter disorganization in the year looming ahead (God forbid we don’t have a ten point plan). Don’t get me wrong. Goals are important. Setting your sights on what you’d like to do is important, as is taking stock, but I often feel like these “To Do” lists inevitably lead us into a negative zone because, honestly, we put too much on them. That we should aim high and expect the best from ourselves goes without saying (I hope), but I often worry that in our hard scrabble pursuit to get where we want to be in life, we forget to appreciate where we are now.

At this point you’ve probably figured out I’m not in not in my happy place at the moment. Just before Christmas my husband got some test results back. He has cancer. He got the news through one of those nurse phone calls where they dropped the C-bomb on him and then proceeded to prattle on about next steps and appointment setups while the poor guy’s ears are still ringing from the word. They said it’s entirely treatable and will require just a bit of surgery, probably no radiation. “If you have to pick a cancer, this is the one to have,” the doctor said, at which point I wanted to find the nearest rock to hurl at that idiot’s head. How about we don’t want to pick a cancer? How about he’s only 36 and we have three children ages five, three, and one? How about this just massively sucks and that’s all there is to it? FYI, if anyone tells you they or a loved one has cancer, the best and only thing you should say at that moment is, “I’m really sorry. That really, really blows.” and NOT, “Bah, he’ll be fine, don’t worry. They know how to deal with that stuff these days.” Yeah, not reassuring. And when it’s you it DOES NOT feel that way.

Okay, I realize I’m transferring my struggle with this onto the reaction of others to the situation. The sad truth is that I find myself seeing the whole thing in the context of its impact, and potential impact, to me and the tidal wave of agony I feel about this news. Which is terribly selfish, even if it is terribly normal (a word which doesn’t often come up in a sentence where I’m involved).

This happy, loving marriage I enjoy with my husband, it’s something I hoped for but little expected to find. I come from a family of women with a long history of domestic abuse. I’ve had my own personal dealings with it as well. I mention this to emphasize how incredibly unlikely I figured it was for me, someone who grew up in that environment and the subsequent man-hating aftermath, to find myself with someone like my husband, someone who even ten years into our marriage still writes sweet notes for me to find, who buys me chocolate, who still gets that I’m-about-to-pounce-on-you look in his eye when I put on that dress he likes so much…or a fitted shirt, or my PJs, or, well, anything really. He’s a randy lad. And before anyone quirks an eyebrow my direction, not to worry, he gets plenty of care in return. In fact, he recently got a shiny new, longed for PS4 Pro that I managed into our budget through tricks and treachery.

He and I are by no means perfect at all times. We’ve had some rockin’ arguments as well as those piddly ones about nothing, but I’ve always felt safe which is a huge deal for someone in my shoes. So, you can imagine this whole cancer thing, well…Let me put it this way: There are people who love me in my life, but precious few who are loving. My husband is and has always been the one who occupied the top of that list. My self-worth is not dependent on him, but we built this life together and I like it as is. We don’t have much, but have found our wealth in our children and in each other. Team Deen, we call it. Cancer has no place here.

In a few days, it’ll be a new year. Yes, I’ll be thinking ahead to goals I’d like to accomplish with plans to be productive. I’ll still be writing (because I’ll go crazy if I don’t, especially now) and finishing projects, but this year my number one is to remember what I have. And if you’ll allow it, cliche as it might seem, let me leave you with this thought: Appreciate the moment–No, not just because it’s fleeting or gone-too-soon, but because it’s yours and always will be if you remember to keep it close. Add it to your pile of riches, the ones that last forever. When you write that “2017 To Do” list, be realistic with it and don’t add so many things for Future-You to get through that Present-You doesn’t have enough time or peace of mind to recognize what you already have. I’ll admit that I’ve been as guilty of this practice as the next person. Want to talk New Year’s resolutions? Want to talk Work-In-Progress? This is mine. We all have places to go in our lives, that glowing “one day” we want to get to, but don’t forget the right-now. Right now is precious too. 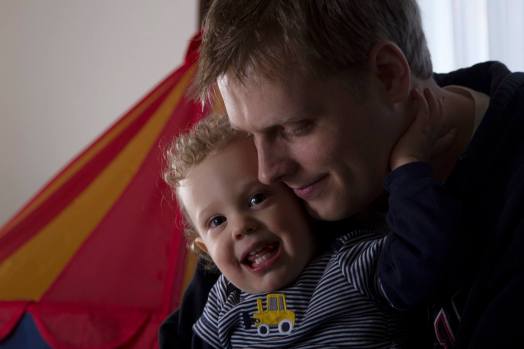 During the Vietnam conflict, the U.S. military began an herbicidal warfare program called Operation “Ranch Hand”. Between the years of 1961 and 1971 they sprayed a toxic compound known as Agent Orange on roughly 10% of South Vietnam. It was meant to defoliate the forests and mangroves used by the Vietcong as cover to move supplies and men up the Ho Chi Minh Trail. What they didn’t account for (or didn’t give a damn about) was the devastating impact it had on the land, the crops, the Vietnamese people, and our own American soldiers on the ground, one of whom, was my father. 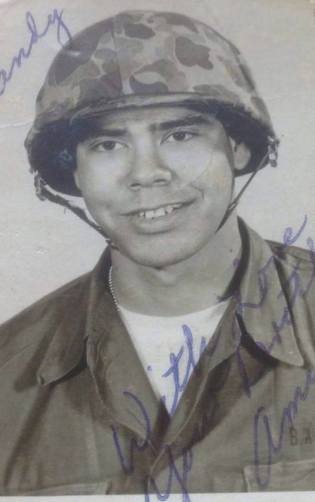 Born and raised on Oahu, before Hawaii became a state, my dad grew up in a place of abundance. A place where he and his friends would grab fruit off the trees on their way home from school, a place of warm sea air, bright feathered birds, and sands soft as powder. He never wore shoes till he was maybe nine years old, and ever afterward, only with reluctance.

He was a young man when he joined the Marines, and like many, had no idea what was in store for him when he was deployed. I often wonder what his thoughts were during his battles in Vietnam, this young Hawaiian boy born from peaceful islands. Did he try to recall the sound of the Pacific waves rolling in? Did he try to hold on to the chime of the morning birds, and memory of swaying palms while he struggled there in the mud and the violence? He never spoke of it much to me. Only a mention of watching friends die and a soft admission that, “Dad had to kill people.”

When it was all over he suffered nightmares and depression. He went to the VA for help, and was told it would subside on its own and he would be fine. Later, when he started to notice he couldn’t mow the lawn without getting dizzy and short of breath, he went back and was told he had to lower his cholesterol. Did the government realize that the Dioxin these men had been exposed to was already destroying their bodies?

My dad suffered his first heart attack in his thirties. His first of many. He was sick my whole life. I can’t think of a time when he wasn’t on heart medication. By 2013, near the end, only 16% of his heart was functioning. It killed some part of me to watch him wasting away, the round, full face and dark stare I’d always known thinned down to hollow skeletal cheeks and sunken eyes. I’d sit for hours while he told me every story of his life growing up, trying to give those memories to me as quickly as he could because he had run out of time.

After he died, the autopsy showed his death, and lifetime of illness, was from Ischemic Heart Disease, a condition directly connected to his exposure to Agent Orange. My dad suffered all of his life with a heart condition and had been told, repeatedly by the VA, that it was from high cholesterol. They’d only ever given him 10% disability for his back from when he was blown off of a truck. He’d deserved so much more, but the rage that eats at me isn’t just about how he struggled financially because of medical bills and physically because of his ailing health. It’s the callous disregard for his service to his country, the blatant deception when he’d sought help from Veterans Affairs time after time, only to be told his condition was his own fault. And we know now that the toxin seeped into the DNA of the soldiers as well. I, too, carry the potential for the illnesses Agent Orange can cause. As do my children. As will their children.

It was with a kind of desperation that I turned to my writing again to deal with his death and all its implications. This led to starting a blog. To signing on as a submission reader at Fantasy Scroll Magazine. To becoming an advocate for the self-published. And finally, to finishing a book called A Ransom of Flames that I plan to self-publish in March. It’s not a silver lining. It could never be. But I believe in God and His way of leading us to paths we belong on, even when life’s cruelty makes it hard to take a single step.

Although my book is of a Fantasy world I created, my main characters are from a place much like Hawaii trying to cure a world afflicted by a Blight. The protagonists are not based on my family, but they struggle with anger and pain for a past that cannot be changed, just as we do.

There are many, many people I’m grateful to who encouraged and helped me along the way, my husband, mother, and betas to name a few. But at its heart, it was inspired by my dad.

This one is for you, Makua kane. I miss you and pray that you have returned to the islands of your youth, a place without pain, with clear, blue seas and shores that know nothing of war.