If you love Sci-Fi and Time-Travel, check out W. R. Gingell’s A Time Traveler’s Best Friend which is currently only $0.99. The sequel, Memento Mori, just released September 26 and is priced at $2.99 for a limited time (will go up to $3.99 after release promotion, so grab your copy!!).

W. R. Gingell was recently a guest on the blog. Check out her article Voyager, Stargate, and Patchwork Storytelling

Here’s the synopsis of book one:

If you need more Sci-Fi Time-Travel goodness, I have a short-story you can pick up on Amazon for FREE:

Indra knows adjusting to life in a new town can take time but after a month she still hasn’t settled in. The gaps in her memory and her husband’s tendency to run mysterious errands at night don’t help matters. When she believes he is being unfaithful she follows him, never expecting to find an unimaginable confrontation and a stranger who knows her better than she knows herself.

In other news, I’ll be getting back to reviews and other speculative fiction snark very soon. Early September an opportunity came up to get a YA Sci-Fi novel I plan to publish next year edited by someone who’d been closed for submissions. A last minute cancellation got me into her schedule (woo hoo!) however it also required me to send her the revised manuscript by the end of September. At that point, I had the weedy first draft done–the version I don’t allow into the light of day let alone in front of the eyes of an editor.

Did I finish revisions in time? Bet your ass, I did. Just don’t ask me to compare this month’s units of caffeine to hours of sleep because one vastly outnumbers the other *rubs at twitching eye*

What’s the novel I slaved over all about? It’s a cyberpunk standalone about a girl with epilepsy, the fall of human civilization, and an unlikely partnership with someone who is more than he seems. I’ll post other details and the official synopsis in the coming weeks but that, in a nutshell, is what I’ve been up to.

Hope you are all enjoying Fall and haven’t overdosed too much on the pumpkin spice!

Visiting the blog today is author W. R. Gingell, writer of speculative fiction, here to talk about Sci-Fi and the stories that led her to not just loving the genre, but creating universes of her own. Take it away!

I’ve never been a huge Sci-Fi reader. As I grew up, I read quite a lot of Sci-Fi—the difference between reading Sci-Fi and being a Sci-Fi reader being the fact that I didn’t seek out Sci-Fi particularly. It was usually by accident, when I found a story or characters that fascinated me. If the story and characters were good, I read it regardless of genre. I ended up reading a lot of Nicholas Fisk, C.S. Lewis’ Cosmic trilogy, and a fair bit of John Christopher, along with a smattering of random scifi titles.

It was probably for this reason that I was so late to the game when it came to scifi T.V. shows like Startrek, Stargate, and Starwars. My mum loved fantasy, my dad didn’t really watch fictional T.V. at all, and scifi T.V. was just never on in the house. In fact, I discovered Voyager after I got married, some time in my early 20s.

And I LOVED it.

I loved the episodic nature of it, while at the same time appreciating the over-arching story of trying-to-get-home (and seriously, is there anyone who didn’t love Q? Oh. I’m the only one who loved him? Okay.). I loved Captain Janeway, a character who was so busy being herself and doing awesome stuff that it never occurred to her to try and be a Strong Female Character. Because she was a person. A captain. And I loved the odd episode where you weren’t quite sure what was happening and what was up, but you followed it because you knew the character and you were interested in seeing where the writers took it.

So when I got the idea for extending my short story, A Time Traveller’s Best Friend, into a series, the idea of writing it like a T.V. series instead of a traditional scifi series was the only way it occurred to me to do the thing.  Originally, A Time Traveller’s Best Friend started as a short story written for my local writing group; a single story from a single idea that sprouted from a series of writing prompt challenge words. But I loved Kez and Marx so much that I didn’t want to stop writing about them, and I knew lengthening the short story wasn’t an option for me. I liked it in its compact, cellular form. The logical option was to turn it into a T.V. series. In a book.

In my Time Traveller’s Best Friend series, I’ve combined all my favourite things about Sci-Fi into bookform, making a patchwork of Sci-Fi and time travel that is about as battered as The Upsydaisy, Marx and Kez’s stolen er, secondhand craft. Each volume of the series is a set of interlinking, but distinct, adventures—something like a season would be on T.V.—each with its own story arc that feeds into the main arc of the whole series. And because of the nature of time travel, I left myself free to play with the structure as far as chronology goes. I mean, if your characters are travelling in time and space, some things are going to happen in a different order to what an outside watcher perceives…

Since the 2nd book is now up for preorder (September 26th), I’m running a 99c special on A Time Traveller’s Best Friend, which means you can check it out for a steal (Kez would certainly approve). The first volume of the series is on the shorter side, but Memento Mori more than makes up for that, weighing in at over twice the length of A Time Traveller’s Best Friend. Come aboard the Upsydaisy for adventures in time and space, but beware—Here be monsters…

Thanks for stopping by!

Check out Gingell’s time-travel series and its upcoming sequel! The first book (below) is only $0.99! 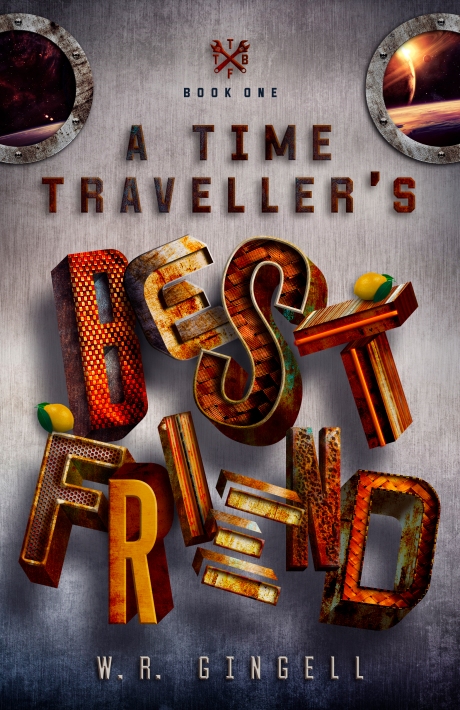 The sequel is available for pre-order now! 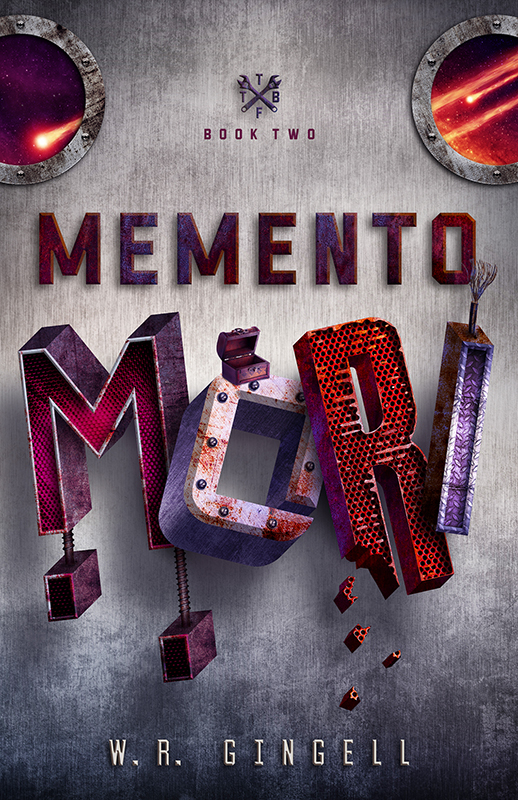 Even time travellers can run out of time.

Marx and Kez have been skipping through the known Twelve Worlds, keeping one step ahead of certain capture by the seat of their trousers, and the vastness of time and space is feeling a tad too small.

Kez has always been a bit crazy, but now it’s Marx who is getting mad. Someone is trying to kill them, and that’s the sort of thing he takes personally.

To add to their difficulties, there are Fixed Points in time that are beginning to look a little less…fixed.

Between Time Corp, WAOF, Uncle Cheng, and the Lolly Men, it’s beginning to look like there’s nowhere safe in the known Twelve Worlds for Kez and Marx.

W.R. Gingell is a Tasmanian author who lives in a house with a green door. She loves to rewrite fairytales with a twist or two–and a murder or three–and original fantasy where dragons, enchantresses, and other magical creatures abound. Occasionally she will also dip her toes into the waters of SciFi.

W.R. spends her time reading, drinking an inordinate amount of tea, and slouching in front of the fire to write. Like Peter Pan, she never really grew up, and is still occasionally to be found climbing trees.

Connect with her via: