First off, many apologies for the blog silence the past couple of weeks (If you didn’t notice, then uh, never mind). My house and all my minions came down with a lovely cold/flu bug, followed by stomach flu, so it’s been all sleep deprivation, dwindling tissue supplies, and an orchestra of whines and coughs. And that’s just when I finally came down with it *hilarious mom joke – insert canned laughter here*

In other news, my husband had his procedure to remove the cancer they found last December and I’m happy to report that they think they got it all! He’s got follow ups and other checks coming to make sure all is well and stays well but things are looking good. Thank you everyone for all your prayers and well wishes! They meant a lot to me.

To those of you still waiting for the review of your book:

A couple other updates I wanted to mention: I’ve pushed out the release date for a couple of things I’d originally wanted to publish this month. The first was the conclusion to the Insurrection series. Book five is nearly there but with all the personal goings-on I haven’t had time for proper revision. Since this is the finale to the series I delayed its release to make sure I have the enough time and focus to bring it to a satisfying conclusion.

I also wanted to publish Submerged (Salt & Waves: Book One) a Fantasy Romance story on Valentine’s Day but for the same reasons noted above (and because my cover artist wasn’t available until later) I’m bumping that publication date out a couple of months. Love and ocean mythology are never out of season though, right? I’m planning a giveaway with this one so look for more news on that in the near future.

Dark Frost, the first book in my YA Fantasy series Sundered Kingdoms that is slated for publication at the end of the year, is still on track. (Small mercies since my personality is not one that loves changing a deadline once it’s set.) Writing Young Adult has been a new experience for me and I really enjoy it. I know many people refer to it as a genre — the YA genre — but it’s actually not. It’s a reference to the intended audience or age range of the book, including the themes that said audience deals with. I’ve been reading a lot of YA lately. I mean, A LOT. It’s an amazing catalog of stories filled with all sorts of struggles and triumphs that make being an adult seem like a piece of cake. Lord, I remember being a teenager. That was a rough gig.

So, you’re wondering at this point why I’m bringing this up and what it has to do with the title of this post.

Well, YA books tend to have their share of romance as well because, obviously, you can’t be a teenager without also grappling with heartache and feelings that are difficult to express let alone comprehend. This is a vulnerable time for them, a time when they aren’t 100% sure where their boundaries are or what boundaries even look like or what to do/how to know when someone they’re in love with crosses them. And as much as I love YA books I have noticed a concerning trend in some wherein the male love interest behaves abusively to the female main character (This is a heterosexual example) but the behavior is never called out as abusive. In fact, it’s portrayed as forgivable without any redress between them.

Recently I had the disturbing experience of reading a scene like that in which the girl’s internal dialogue blamed herself for the guy’s abusive actions. To be clear, abuse doesn’t just take the form of physical assault, but also the threat of physical assault — making someone feel like they’ll be harmed. That was the case here. The guy discovered a secret she’d been keeping from him concerning her identity (which in no way hurts him). He confronts her. The secret is confirmed. Then he proceeds to tear apart the room around her, smashing the furniture, breaking everything in sight — with his SWORD no less, so now we have a weapon involved (we’ll set aside for the moment the fact that he’s disrespecting his sword by chopping wood with it).

This sword has been in my family for five generations. It has never known defeat. Until now.

He’s roaring and growling and when he’s done busting everything in sight, he backs her up against the wall, crowding her. She’s afraid of him at this point (duh). Did I mention she was recovering from a stab wound? She’s NAKED, injured, and the guy who supposedly loves her has her backed up against the wall, inches from her face. She’d tried to grab a blanket to cover herself but he’d ripped that away. He accuses her of making a fool of him, that everyone knew this secret except him. Well, gee, buddy, I wonder why she never told your dumb ass. Could it be she thought you’d lose your friggin’ mind like you just did? Also, she doesn’t owe you a damn thing.

As you can imagine, there was steam coming out of my ears at this point. And this is a really popular YA Fantasy series. I’m not going to say which one but ARRRggh!! The alpha male crap that I’ve seen in books drives me to madness. Couldn’t he have just asked her point blank about it? And hey, if she lies, that’s another conversation they’ll need to have because it speaks to a trust issue. Hers and his. And if it continues down that path, well, then other decisions can be made, like whether or not to stay together. Sure, there might be yelling, but I’ll be damned if he’s entitled to make her feel afraid for her safety, if he’s allowed to intimidate her, humiliate her because he’s pissed off. The fact that this is never addressed in what’s supposed to be an epic romance between them upsets me to no end. And what does this tell our teenagers about relationships when a scene like this takes place in the books they read? “Hey, it’s okay if he treats you like trash when he feels you did something wrong.” Is that it? I would argue that this is exactly the moment when a girl can tell whether she has a keeper or not. Is he still loving/respectful even when he’s mad as hell at you?

Attention to domestic violence, its forms and its prevention, is important for all age groups, genders, and sexual orientation, but I’m glad that the month in which Valentine’s Day falls is dedicated to the teens. Love is such a huge emotion for their immature brains to grapple with, it’s no wonder that studies show that the lion’s share of relationship violence occurs between ages 16 and 24. This can seem hard to believe, but it’s true. I’ve seen it. I’ve lived it. It’s ever more vital to ensure that the stories young adults are reading depict love as a partnership, not a hierarchy, and definitely as a relationship based on respect.

In Dark Frost, my main character Sakari is dealing with the trauma of a past abusive relationship. There’s plenty of good ole Fantasy elements around her–magic, battles, goblins, and sword fighting–but at its core, its about a teenage girl’s recovery after abuse, finding a way to trust herself and others again, understanding what love is and what it is not. Its a theme I chose because it has personal meaning and also because I feel its something not explored enough in YA. And it should be.

Now, on to something lighter since it IS Valentine’s Day and I absolutely love “Love”…

Let’s have a BOOK GIVEAWAY!!

Today is the Two Year anniversary of Amid the Imaginary! I can’t believe it’s been two years since I began tapping out my opinions and subjecting all you innocent bystanders to my oddball ways. You all are awesome and it makes my day every time you Like or View my posts. So in honor of my followers, this blog, and Valentine’s Day, I’m giving away a print version or eBook version (winner’s choice) of any of the following Fantasy Romance books:

Read my review of Radiance here 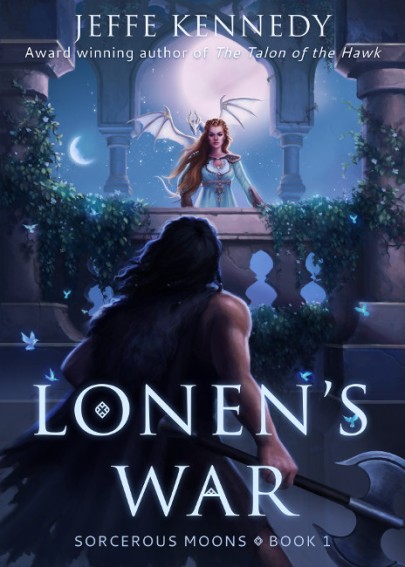 Read my review of this series here

Read my review of The Scribe here

The Giveaway runs for one week, so until 12PM CST on Tuesday, February 21st.

All you have to do to enter is retweet anything from the Love Is Respect twitter account –an awesome organization dedicated to empowering young people to end dating violence. (Please include @AnelaDeen so I see your retweet).

Or, if you’d rather not post your opinion on this subject publicly, just send me an e-mail to Amidtheimaginary@gmail.com, ATTN: YA. I understand it can be a very personal subject so this is absolutely fine.

And that’s it for me today folks! Thanks so much for hanging in there on this long winded post. Happy to be back and I wish you much love, friendship, and goodwill today and always!