Last month, the first book in the fantasy anthology trilogy I’m a part of released, and it’s currently ON SALE for only 99¢ for a limited time.

What’s the anthology about?

No matter the world, life can be dangerous. Be they wizards and shamans, assassins, or everyday people, Hidden Magic tells their stories about escape, consequences, and most of all, magic.

From Earth cities and fantastical new worlds comes a collection of stories where heroes grapple with the seen and unseen in order to save themselves, their families, and often the world.

The book is only 99¢ via a Kindle Countdown sale for another couple of days. Grab your copy before it goes back to 2.99! It’s also on Kindle Unlimited and includes my story “A Veil is Parted”

You can read Chapter One HERE.

And because these anthologies are rapid release, you can grab the sequel right now!! Wayward Magic just became available April 14th on Amazon & Kindle Unlimited. 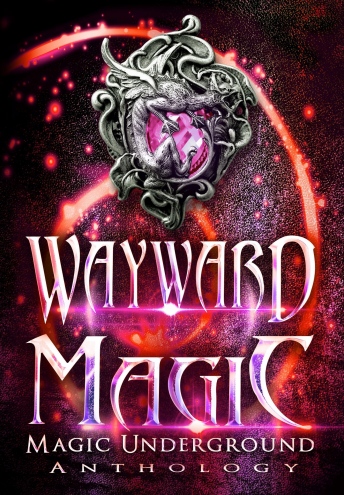 Along with the continuation of 19 other fantasy stories, it includes my sequel “When Day Fades Into Night”

What about that giveaway?

Celebrate the launch of Wayward Magic by entering up to FOUR times for a chance to win an awesome prize pack.

This giveaway is FREE to enter between now and midnight April 19th (so you have through the 18th to enter – Only TWO DAYS LEFT!).